Because I attend a deeply fake school, I’ve spent much of the fall studying the concept of Camp. The traditional canon of Camp is based heavily in a London and New York sensibility, locating itself in relation to the LGBT communities in these cities. I, however, am a stubborn asshole who loves the Pacific Northwest. What exactly, I wondered, would a Camp sensibility of this region look like?

Since then, I’ve reached out to a variety of community members: employees of local joke shop Archie McPhee, columnists for alt-weekly The Stranger, and lifelong Northwest residents from all walks of life. What follows is a series of notes on what Northwest Camp means to us. They are unfinished, and constantly in dialogue. They also must acknowledge that this task itself goes against many of the ideals of Pacific Northwest Camp, but perhaps that is the point.

These notes are for Shelly Bauman and Barbara Bailey.

1. At its core, Camp is about a failed seriousness. In the Northwest, this comes from the ridiculousness of taking this place seriously, of ludicrous debates trying to define what the Northwest means. Perpetual anxiety about being misrepresented has led us to create a city/state/region that’s more exaggerated parody than actual location.

2. The Pacific Northwest, which comprises western British Columbia, Washington, and Oregon, prioritizes its natural beauty to the point of fetishism. When the Northwest existed only as a concept, this fetishism of natural beauty was all we had. Look at Albert Bierstadt’s Puget Sound on the Pacific Coast. Painted by a man who’d never laid eyes on the region, it takes the key iconography of the Northwest (the trees, the mountains, and the ocean) and elevates them to surreality. 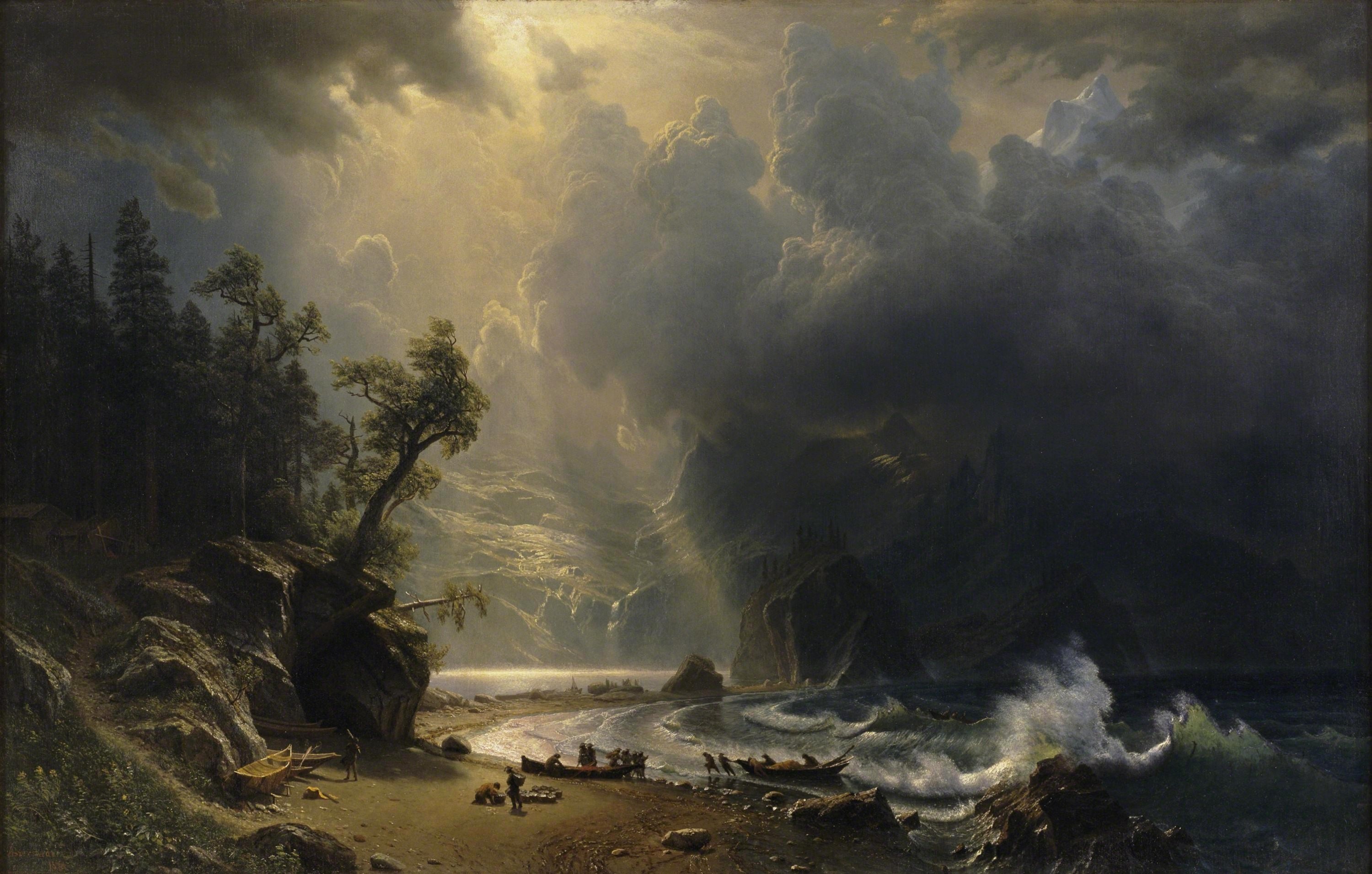 3. But as we move further away from nature and towards tech, an aesthetic of artificial nature has developed to fill in the gaps. In Notes on Camp, Susan Sontag says, “Nothing in nature can be campy . . . Rural Camp is still man-made, and most campy objects are urban. (Yet, they often have a serenity — or a naiveté — which is the equivalent of pastoral. A great deal of Camp suggests Empson’s phrase, “urban pastoral.”)” The world’s apex point of this sensibility, I would argue, currently lies in Seattle.

4. Some examples of artificial nature: the flagship REI in downtown Seattle, which features towering stone fireplaces, faux bike paths, and an enormous childrens’ play area with fake trees, streams, and caves. The Burke Museum’s 1970s display of the Northwest from nature to today, complete with a fake mammoth and erupting volcano. Everyone there, visitors and staff alike, knew how ridiculous and out-of-date this display was, and we reveled in it.

5. Bezos Balls are not camp, but the joke they have become is.

6. At the same time, the Northwest prides itself on its downtroddenness. We were loggers and fur trappers first, and don’t you forget it. Our self-image as a city of hardscrabble workers becomes less true each day, and our attempts to cling to it become more and more camp as they fall out of tune with the world around us.

7. The original performer of this hardscrabble camp: J.P. Patches. Star of a twice-daily, six day a week children’s television show, J.P. was the “Mayor of the City Dump.” His Seattle was a poor-man’s playground, excess created from the ruins.

8. Exaggerations of nature and downtroddenness coexist in grunge, the Northwest’s second major import. Look at the trees that loom over the music of Dead Moon, the winking knowingness of Sub Pop Rock City.

10. Twin Peaks is pure Northwest Camp; the heightened emotion, the stylized aesthetic, the long, lingering shots of the trees. Made by a native outsider to convey the darkness of the place, yet inadvertently glorifying the region more powerfully than anything since the 1800s.

11. North Bend, the town where the Double R Diner and many of the other filming locations can be found, performs an unintentional camp. The diner is a ramshackle tourist destination, a local dive that restyled itself to accommodate the hordes of ‘in-the-know’ television fans who poured into it.

12. This strain of Northwest Camp has its double in the knowing camp of Lost Lake Cafe. Located in the heart of Seattle’s formerly gay, recently gentrified Capitol Hill neighborhood, the diner draws on a stylized Twin Peaks aesthetic. It’s a place that never loses its artifice, no matter how many late night study sessions and drunken run-ins with John Roderick you may have there. When you are there, you are perpetually aware of  what Sontag calls “the ‘off,’ of things-being-what-they-are-not.” Other places in this vein: the Starbucks Reserve Roastery, Canlis, the renovated Seattle Center Armory.

13. We must turn now to Northwest Low Camp. This is camp in a more classical sense, the moments of gleeful exuberance that burst through the facade. When you encounter one of these amongst the artifice, it feels like discovering a new species, rare and precious.

14. Some pieces of this Camp canon:

15. I don’t know if it’s possible to create this type of Northwest Camp in the cities any more, if there’s even space for it to survive if it refuses to style itself in the current Northwest artifice. But we have to try.

16. The ultimate Pacific Northwest Camp: Megan Jasper’s list of fake grunge slang the New York Times published. It turns the aesthetics of the region into parody, presenting the artifice for the establishment and giving the last laugh to those in the know.

17. Mixed among the gobbledygook of the terms: phrases my parents still use today. The vernacular of old Ballard fishermen. Heavy old sweaters, shit-kicking boots, old ripped jeans. A real love for the place, buried under thick layers of irony. Camp is, after all, a tender feeling.

A queer curatorial student with a chip on my shoulder and a love for the dumbest outfits you've ever seen. Bylines here and Autostraddle. On twitter @archivalrival View all posts by Lucy