If you’re like me – and you’re almost certainly not – you like to dunk your buttered toast in hot chocolate and you think socks should be a legal requirement in public spaces. More relevantly though, you’ll also have childhood memories of being up late at night with your hair in sponge curlers, a fire crackling nearby, the wolves howling somewhere indiscernible but worryingly close, and I Love Lucy playing on a tiny little television. Now, granted, I can’t be 100% sure which decade I grew up in, the toast thing is pretty bad for you, and I probably need to loosen up my stance on feet. But luckily none of what I’ve said so far is necessary to prove my point, which is this:

Every old television show was about gays, and I can prove it.

Of course, as the only living (or mostly-living-potentially-eternal) person to have seen half of these shows, I have an edge in this argument. But, as with all of the opinions you find online, you don’t have to understand anything I’m saying to agree with me. I just have to keep talking until you stop reading, and then in a week you’ll reference this half-accurately at work.

Alright, let’s get into it.

We all love Lucy. Especially Ethel. Now here’s the rub: marriage dynamics in general weren’t at all healthy in the time period. But Lucy and Ricky? I must admit they were sweet. Almost enough to give them a pass on this, but there’s two problems there. One –  this is my first example and that would be weak. Two – Fred. Ethel doesn’t deserve that. And while Lucy and Ricky have great chemistry, so do Lucy and her “friend downstairs”, so I’m laying down the law. Lucy and Ethel were dating, and Ricky can get himself a nice boyfriend with whom he can break the Hays Code and share a bed. We can have it all. Now, after receiving a few questions on the subject, I will say this: they are not the dynamic. Nor are they entirely Nightmare4Nightmare. If anything they’re like Two Dames Walking Down Adjoining Staircases To Share A Kiss At The Bottom. And what’s more valid than that? Now, if you want an example of Gay Ricky and And They Were Roommates Lethel (terrible ship name, Siri please revise) you can watch S1 Ep18 “Vacation From Marriage”.

Yes, I hear you Margaret. You were looking for a nice photo of that handsome Andy Griffith fellow to show your granddaughter and dog-gone google linked you to me instead. “But they were cousins!” you say. “They’re both men!” Yes ma’am they certainly are, but that cousins thing was mentioned what, like once? They’re about as related as Algie and Jack were in Importance of Being Earnest, and they’re about as straight as your old uncle Frank and his “special friend Otto”. It’s time to face facts! But do it while sitting down ma’am, this is probably a lot for you. For the rest of the readers who are not at risk for cardiac arrest: yeah they were doing it. In fact, if memory serves they had a bit of that Bert and Ernie dynamic, only with more adult helpings of repression and anxiety. And a good thing too, I deserved to see Don Knotts play a homo. Also heck, why not, Aunt Bee was a lesbian. Now: Margaret’s granddaughter, please take her phone away and make her some tea. And while you’re in the kitchen try dipping buttered toast in hot chocolate.

This is not one for the layman’s eyes. At first pass they seem to be your average Mr and Mrs Straightperson from Heterosville. But not so! I bring good tidings of great joy, which shall be to a genders. They’re both trans! Why? Because I said so. Also because of a healthy smattering of fun lines like the one above. In fact, all the main characters are potentially trans, and so powerfully I almost made this post exclusively about that, but I figured I ought to not cast the smallest net known to man. Anyhow, if the trans thing wasn’t enough for you you’ll be pleased to learn they’re also both bisexual, as evidenced in the penultimate episode: “Gunslinger” wherein during a life or death situation they stop to argue about whether the titular villain is in town for Rob or Laura. Also Dick wears a dress. Read the subtext people, live a little.

(It also almost goes without saying, but I do think I should put this on the record: Sally was a lesbian. I don’t even have to elaborate, it’s that obvious.) 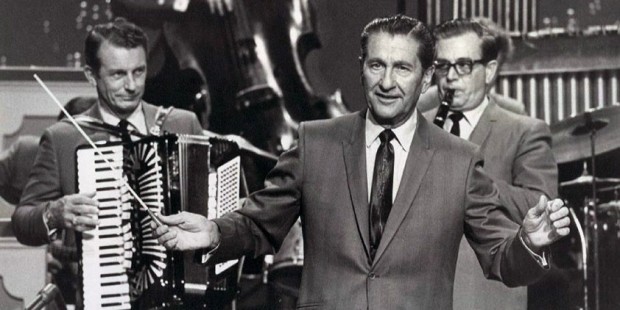 The Lawrence Welk Show, also known as “the dementia-fueled nightmare of a once great Big Band Player who has since been lost to insanity,” also known as “my childhood cue to go to bed because all the good tv was over”. Every person who participated in it was either a gay clocking in on the low single digits of the Valid Scale, or a terrifying heterosexual. Lawrence himself had no sexuality because he didn’t exist below the waist.

You know what? I could see Perry Mason being bi in much the same way James Bond is. That said, hWAIT. WAIT. Wait up. I just googled the actor, Raymond Burr, and apparently he was humongously gay! Half finished evaluation retracted, Perry Mason was valid as all hell. Now excuse me, I have to go give my father a heart attack. 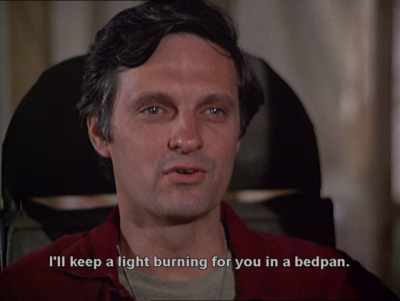 Here you go, your breath of fresh air. FINALLY a show you’ve watched more than that one episode of while visiting your grandpa. Now M*A*S*H is possibly too recent to include, but it’s a firmly gay tv show so legally I must. The fun part is that the specifics are up to you. There’s a lot of strong opinions on this one, I’ve learned, and rather than there being one definitive truth – like my definitive truth that no cisgender heterosexual is named Dick Van Dyke – it’s more like a Buzzfeed personality quiz. Who’s gay? Who’s trans? Your answers will reveal your age and one shockingly personal fact about you.

I’ll wrap it up there, for fear of going on forever. There’s a few I’ve missed, sure, but plenty of them are obvious. If it’s a show about one lonesome cowboy and the only partner he trusts, your answer is: duh. If it’s The Brady Bunch, your answer is: only Alice and Tiger the Dog. I trust your instincts, reader. Find the gays you wish to see in your oldies tv.

James is a classical composer, known for spending a suspicious amount of time in the woods. When he's not writing for The Niche or suffering for his art, he can be found biking, making coffee, and searching for the next up and coming snack. View all posts by James

4 thoughts on “So You Want To Know Who From Classic TV Was Gay?” 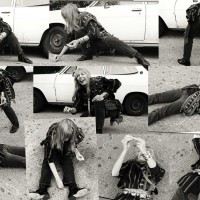 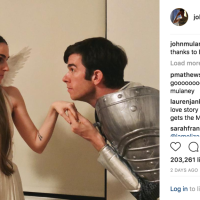