Note added 10-26-17: I feel that I should clarify in order to spare readers potential disappointment that this screenplay is gay in the sense that Capote was a gay writer and inflected his gay aesthetic and political subject positions onto the story, but on the surface level of the text this screenplay is no more gay than the original novel.

Hey friends! Seph here. As many of you know, for the past few months I’ve been trying to get my hands on Truman Capote’s rejected, unpublished screenplay which he wrote for Jack Clayton’s 1974 film adaptation of The Great Gatsby. As those of you who read Adam’s post will recall, Baz Luhrmann described Capote’s screenplay this way:

“I went back to the Redford, of course,” he continues. “I thought it was very interesting, and I was very lucky. There’s a screenplay for it written by Truman Capote, which I got my hands on. Bob Evans, whom I now know very well and who was running the studio at the time, rejected it. Because, basically, Jordan is gay and Nick is gay and the script is too hardcore. Truman was really upset about it and went on television and called Paramount a bunch of wankers. It’s in his hand, but it’s totally legible. It’s also unfinished. Basically, it’s mad and bad and crazy.” [x]

The screenplay is currently available by request at two libraries in the U.S.; it’s on microfilm at the New York Public Library (search ‘gatsby’ on this page), and it’s available in the manuscript archives of the Academy Film Archives in Los Angeles (they also have Jack Clayton’s comments on the screenplay, which I haven’t been able to see yet; here’s the library entry for both).

I was fortunate enough to be able to go to the NYPL and photograph the microfilm version. However (and I’m still not clear on whether this was my oversight or whether the NYPL’s version is incomplete), I was only able to find the first 93 pages of the typewritten draft. Fortunately, my friend Tom incredibly generously agreed to go to the Film Academy Archives and transcribe pages 94-126 for me.

I’ve been trying to transcribe my photographs of the first 93 pages, but I’ve been very busy lately and haven’t had the time to finish that task. So, I decided that it would make more sense to upload the scans themselves. They’re typewritten, so they’re quite legible. I still plan to finish transcribing them, and I’ll post the full text document on this page when it’s done. I’m also working on transcribing Capote’s earlier, handwritten draft (the one Luhrmann seems to have read), which I was also able to photograph at the NYPL. If you’re interested in seeing the handwritten draft, feel free to comment on this post or message me on tumblr. So far, it’s pretty similar to the typewritten version except that it’s harder to read.

In sum: what follows is a PDF consisting partially of my scans of Capote’s typewritten draft and partially of my friend Tom’s transcriptions of a different copy of the same draft.

N.B.: Unfortunately, there is a page missing from my scans–again, I think that’s probably my mistake, but it’s also possible that it’s missing from the original document. The missing page is page 26. I’m going to go back and look for it the next time I’m in New York, but for now I can only apologize.

Without further ado, here is Truman Capote’s unpublished 1971 screenplay of The Great Gatsby! 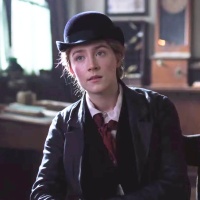 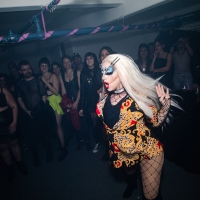 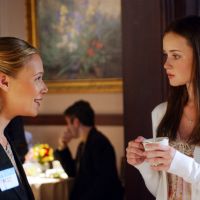 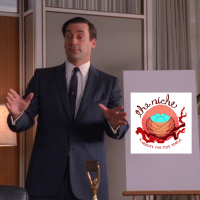