Here are seven different cakes with the words “Robert Pope Leonard” written on them, ranked from most to least cosmically powerful. 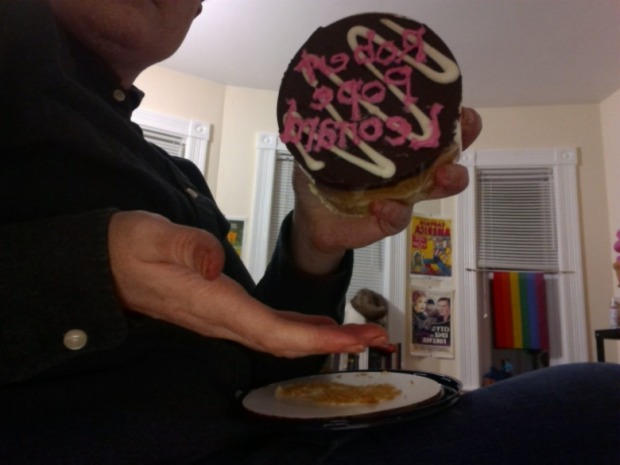 Harry went to the trouble of buying a cake, purchasing icing, obtaining piping tools, and writing ROBERT POPE LEONARD by hand in hot pink on this cake, but then couldn’t be fucked to press the button that would flip the photo. Good going, Harry.

This cake foregoes tradition and aims right for simplicity, emblazoned with a tall pink R, P, and L. It is bold. It is confident. It knows what it wants.

The baker of this cake has engaged in radical queering of sprinkle design by arranging the sprinkles by colour so that they form a rainbow. This is what true liberation looks like. 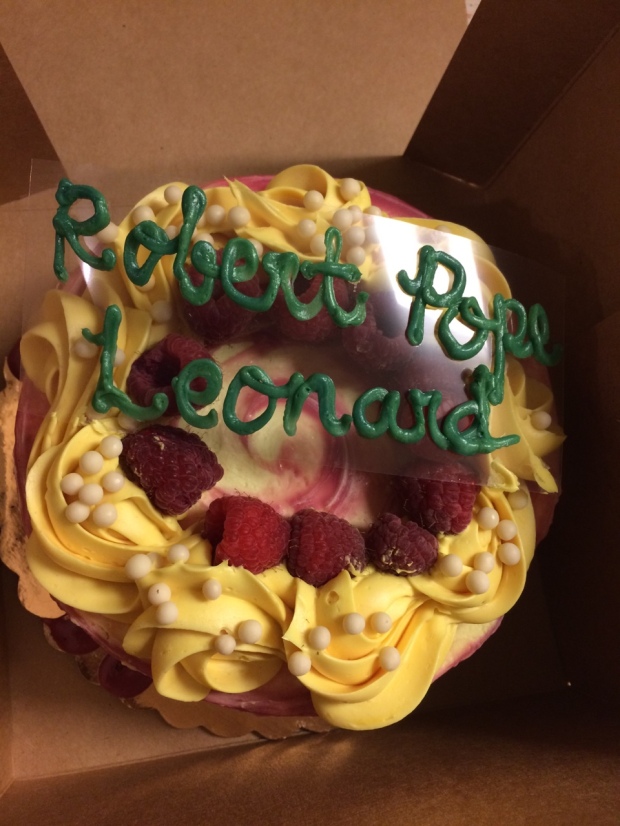 This cake is a true innovator. Rather than writing directly on the cake, the words are suspended above the cake, and rendered in a subtle green that complements the warm red and yellow tones of the cake itself. Creative and refreshing. 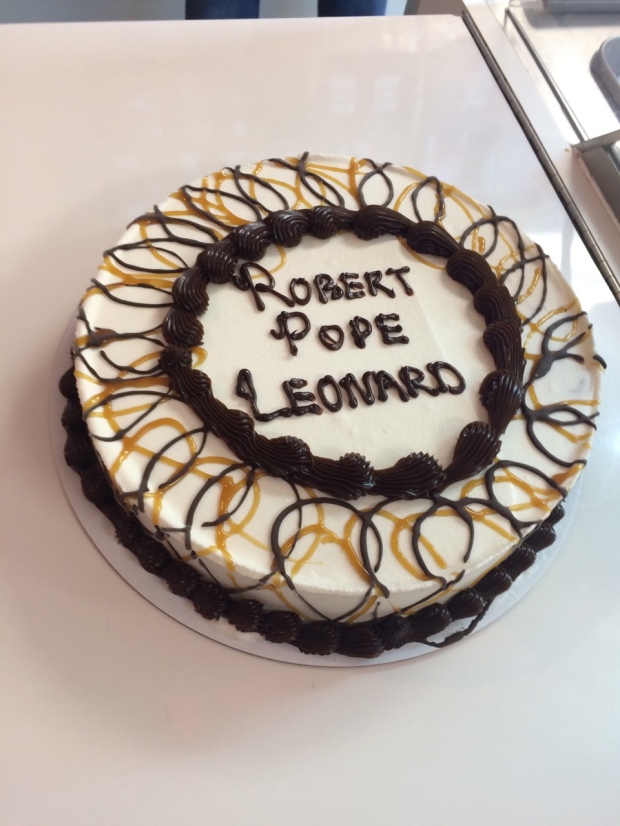 While bland in its appearance, this cake has incredibly powerful cosmic properties that allowed me to meet Cara Delevingne and place the complete works of Richard Siken in her hands, upon which she hugged me, twice, and initiated it both times.

The original. A classic. Often imitated, never truly duplicated. The person who prepared this cake had never heard the name Leonard before, and neither the fuck had Olivia.

This cake is truly the pinnacle. Not only does it incorporate what looks to be lavender piping and balloons in a gently rolling rainbow of colours, but it includes the man, the myth, the legend himself, going hand to mouth, no less. A crowning achievement in popecaking.

2 thoughts on “We Wrote “Robert Pope Leonard” on Seven Different Cakes. What Happened Next Will Warm Your Heart.”