Can RPL refrain from quoting Sondheim in his first address to the cardinals? Will Lesbian Bernadette snap under the pressure of wearing a habit in the Italian summer with no AC to speak of? How is Johanna’s post-break up routine going? Find out on the next…Robert Pope Leonard.

Note: For increased comprehension of the RPL universe, check out excerpts from the first season. Other related media can be found here and here.

ON THE NEXT…ROBERT POPE LEONARD:

NARRATOR: RPL overhears Steven talking excitedly about a place called “L’orfanotrofio” and, mistaking it for a rather romantic restaurant in Rome, tries to woo the Catholic Cardinal of his dreams by arranging a quasi-date to said eatery, only to later find out L’orfanotrofio means “orphanage” in Italian.

NARRATOR: Robert was confused by the word choice there but decided Steven’s English was endearing.

NARRATOR: At no point were these two talking about the same thing.

NARRATOR: Lesbian Bernadette’s brief appreciation of the religious habit as a theatrical costume gives way to deep dissatisfaction when she realizes no one can appreciate the way she physically inhabits a role. Also, it gets hot under there. 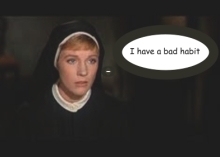 Credit to this blog for the image.

NARRATOR: And CARDINAL #3, furious that the main cast seems way more interested in their own gay drama than engaging with him as a villain, starts to drop increasingly desperate hints.

NARRATOR: Yeah, it starts to get really dramatic when he gets a drum band to follow him everywhere.

NARRATOR: After dating New York royalty for ten years, Johanna decides to get back to her down-to-earth roots and joins a non-hierarchical farming collective in North Carolina. Only to realize that she has turned into the people she pretended to despise for so long. 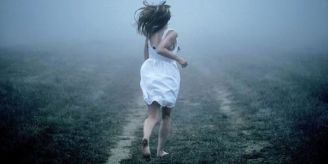 NARRATOR: She did not think this one through.

AND THAT’S: NEXT TIME ON ROBERT POPE LEONARD

4 thoughts on “ON THE NEXT…ROBERT POPE LEONARD” 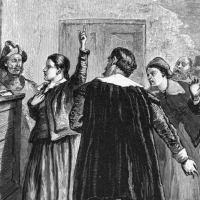