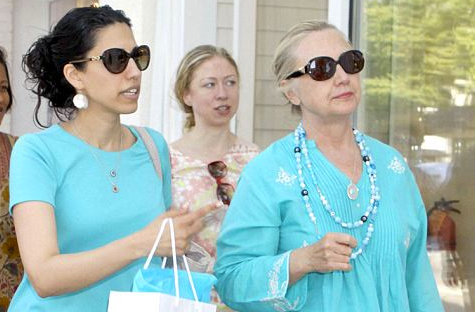 Is this too soon? Maybe. But Huma and Hils sent some damn relatable emails and I think we need to take a minute to appreciate them.

This is not that relatable. I don’t have voicemail. I’ve never called anyone’s house. I’ve never had a few things for someone. I’ve never asked anyone if they’re still here.

What she says: “This is a political strategy to make people feel important.”

What she means: “I want two lunches and I hate large groups.”

This is  relatable because I also want two lunches and hate people but it doesn’t break top five because I don’t have enough people wanting to have lunch with me to split them into two groups.

We’ve all messaged our best friend at 11:51 AM to be like “I have to eat.” The only reason it’s not higher on the list? Not specific enough. I want to see things like “I’m dying for a Beefy Crunch Burrito with Flamin’ Hot Fritos.”

So Huma emails Hils to tell her the plane is delayed and they have to leave at 5 pm instead of 2 pm and Hils comes back with this. This is relatable to me because I also hate to settle for things. Plus, like Hils, I also find that if you feign ignorance even after someone has just told you that something is not possible, they will usually give in. For example, at restaurants when the menu tells me I cannot make substitutions I turn to the waiter and ask if I can get fries instead of the salad and they always say yes!

(Spoiler alert: sadly, reading the full thread reveals that Hils had to leave at 5 in this case but I think she did the right thing to try this strategy.)

If I were going to lunch with Huma, Bill wouldn’t be coming. And I would want to make sure they knew Bill was not coming. Highly relatable.

Come on. We’ve all been there. We’ve all been Secretary of State and sent an important email only to have it bounce back as undeliverable and then have to email Lauren to ask for Eric’s email.

5 thoughts on “Getting #Relatable With Hillary and Huma’s Emails”