Hey, The Niche! I’ve got a question for your career advice columnist, and I’m hoping you can help me! See, I’m a mediocre writer with no academic qualifications or professional experience beyond a degree in gender studies — you may already see the problem here — and gosh, I’m just trying to make a living in this crazy, dying industry we call journalism.

I thought I’d make a splash by creating my own website, and dubbing myself Editor in Chief, and erroneously putting, like, “the leading feminist website on the internet” in its header, but after nearly a decade of plugging away at this, we’ve only got 17,000 followers on Twitter — that’s about a quarter of the followers that @billhaderdancin has amassed in its single month of existence, for those of you keeping track at home — and I’m having trouble actually getting people to write for us. I mean, we’ve only posted five pieces this year. None of those pieces are actually about feminism; they’re all about how much I hate transgendereds, and how much I additionally hate it when people are mean to me online, because I don’t have a lot of original ideas. So, basically, the whole “make my own website” thing has been a bust.

The worst part, though, is that real publications have this thing called “standards,” and since I’ve devoted so much of my one precious life to babbling about how freaky transvestites are and getting banned from Twitter for same, nobody wants to hire me anymore! Seriously, not even the National Post will let me wet my pants in a column — they’ll just get Jon Kay to phone in a piece defending me. I guess I should be grateful for that, at least, but it’s so frustrating! I’m clinging to relevance here, The Niche; what do I do?

— Meghan Murphy, B.A., M.A., Could Generously Be Described as “Self-Employed,” Adult Human Female, Real Biological Woman, Not Great at Winged Eyeliner But You Can’t Point It Out Because That’s Doing A Misogyny

Oh, honey, I’m so, so super fucking sorry that you’re having such a rough time in your career. First off, let me affirm that none of this is your fault. Your inability to hold down a job, or write anything of value, or gain a following as a thought leader: that’s not on you. If you ever start to feel bad about how mediocre and unaccomplished you are, don’t blame yourself. Blame the transes.

So, here’s the problem, Meghan, as I see it: you picked the right target, but you went way too far. Everybody hates transsexuals. You know this. I know this. Every sitcom in the history of television has an episode about how hi-larious it is for a man to put on a dress and think he’s a woman. Every comedian has a tight-five about the time he tried to pick up a hot girl and didn’t notice the bulge in her crotch until it was too late. Hell, even  transsexuals hate transsexuals — have you ever watched RuPaul’s Drag Race, seen the unveiled disdain curling across Ru’s upper lip when one of the drag queens says she’s a real woman? You looked at all of this, Meghan, and you decided, quite reasonably, that you could build a rather viable career on hating transes.

And maybe, if you’d built up a little clout first, you could have gotten away with it. But you’re not Dave Chappelle, Meghan. You can’t pivot hard into 24/7-tranbashing and just expect people to forgive you for it because every time they look at you they remember Prince, and the pancakes, and why don’t you purify yourself in the waters of Lake Minnetonka?, and gosh-darnit, they just can’t stay mad at you! You don’t have Chappelle’s Show, Meghan. You don’t have some unimpeachable contribution to culture that you can fall back on. All you have is your hard-won reputation as Canada’s pre-eminent hater of transgendereds.

And that’s not a great reputation, Meghan, even in a culture where hating transes is pretty much A-OK. You know how it’s basically fine to be racist, but throw on a white hood and suddenly everyone gets all pissed off? It’s like that. You took it too far, Meghan. You made it weird. Everybody hates transvestites, but nobody makes a profession out of it. That makes you the freak. And like, yeah, as you’ve pointed out, since real publications have editorial standards and therefore have to do boring shit like “obey federal non-discrimination law” and “not print hate speech,” you’re going to have a rough time getting published, or getting anyone to take you seriously, if all anyone knows about you is that you’re The Writer Who Hates Transgenders.

I mean, Meghan, basically the only people paying attention to you at this point are the transes. And that’s a tough gig, right: the only thing you ever write are essays about how much you hate transgenders, and the only people who ever read your shit are transgenders. I mean, sure, you’re getting ad revenue from their rage-clicks, but it’s not even that much, because trans people are weirdly savvy about installing AdBlock. Maybe sometimes a Jon Kay or — hold on, I forgot her name and had to Google “national post columnist with the dogshit haircut”; ah, yes, Christie Blatchford — might throw you a bone, but honey, they’ve got bigger fish to fry! You really think you’re going to hold their attention when Prince Dinkley McBirthright is still sitting in the Langevin Block?

I know all of this sounds bleak, Meghan, but there is hope. Hope in the form of the grift.

Here’s what you’re going to do, Meghan. You’re going to call the Toronto Public Library and ask to rent out a room. Nothing crazy — we both know you don’t actually have readers — but, like, a 120-seat theatre, yeah? It’ll cost you $174.59 an hour, so start saving up stat. Now make a flyer that’s, like, “Meghan Murphy Discusses the Impact of Gender Identity Laws on Women” — again, nothing crazy, just mean enough that it’ll make the transes angry and just vague enough that you can call the transes shrill lunatics for getting pissed at you. Wait for one of them to snap a picture of the flyer on a lamppost and post it on Twitter and be like, “@torontolibrary how is this okay?” And then watch as the Twitter outrage cycle starts.

Oh, Meghan. This outrage cycle. It’s gonna be huge. Like, obviously the transes will be mad, but you know who’s gonna be even madder? Normal people — “cisgenders,” to use their word — who are just gagging for a chance to be woke allies. They’re gonna sign petitions, Meghan. They’re gonna write angry letters. They’re gonna promise to boycott the library. If you’re really lucky, the literal, actual mayor of Toronto will be like, “Hmm, this sucks,” and that’ll really rankle the National Post, because the only thing they hate more than transgendereds is John Tory.

But just think of it, Meghan: when you show up at the library on the night of your event, to a mob of screaming protestors and, like, five actual attendees, you will, just for a moment, get to feel like a hero. A real, honest-to-God hero, a martyr for free speech, a crusader for your right to pay $174.59 and stand in a half-empty room and hold your head high and say, “I think men who wear lipstick are gross, personally.” You could have just stayed home and scrawled that on a bathroom wall in an Arby’s for free, but you wouldn’t settle for that. You had to make this a production.

Because this is your life now, Meghan. You’re never going to be a journalist, or a scholar, or an agented author; it’s too late for that. But by God, you can be a shit-disturber. You can be a grifter. You can be the reason Vickery Bowles gets to go on CBC and say, “Free speech!” with all the weighty gravitas of Jennifer Lawrence saying, “Gay rights!” Will it make you rich? No. Will it make you professionally successful? No. Will it make you well-liked? No. But people will yell at you on the internet for weeks, and even, momentarily, yell at you in real life. And as they are yelling at you, you can close your eyes and soak in their jeers and think to yourself, This; this is how Christ felt on the cross.

One thought on “Meghan Murphy, the Toronto Public Library, and the Easiest Grift in the Universe” 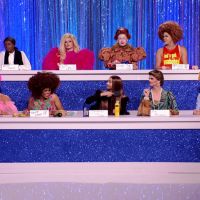