If you’re reading this article, you’ve probably known from a young age that you were… different. While your peers gravitated like heat-seeking missiles toward Britney and Disney princesses and the Spice Girls, you persistently sought out books about girls who spurned femininity and rolled about in dirt.

Sometimes it was subtle – our heroine is just so bored of baking and cleaning, and dreads the possibility of marrying some dull prince, and wants to read books! And go on adventures! And sometimes it was like, oh shit! Our heroine is going to chop her hair off with a sword and bind her chest and become a pirate and everyone’s going to address her as a boy for the rest of the book!

You spent your entire childhood inhaling these stories. Every one you could get your grubby little hands on. And then, when puberty hit (or when you first heard the words “lesbian” or “transgender,” whichever came first), it suddenly clicked.

With love, and in butch and transmasc solidarity, we shall now pay tribute to the plucky tomboy heroines of our youth. We owe them so much.

AUTHOR’S NOTE: A transmasc Niche reader brought up some great points in a discussion of this piece on Tumblr, and I wanted to take a second to acknowledge some of his concerns. First off, this piece may not be reflective of your own experiences, and that’s okay. It’s possible that, as a trans guy, you found tomboy characters to be more invalidating than helpful. The intent of this piece isn’t to equate trans men to tomboy cis girls, or to collapse transmasc people and butch lesbians into one category. All of us on the editorial staff at the Niche identify as transmasc or as lesbians or as something in the nebulous in between. We’re not about pushing the transphobic and lesbophobic idea that trans men and butch lesbians are one and the same; we’re just celebrating some common early childhood butch and transmasc experiences of ours.

The entire modus operandi of the American Girl series was to give young girls stories and toys that stood apart from the increasingly sex-saturated, fashion-obsessed milieu of the girls’ toy market. Bratz and Barbie could focus on glitz and glamour and getting guys, but not American Girl. Oh, no. These books followed a common formula: a girl is frustrated by the strict, misogynistic limitations of her time; she rebels against these norms; she forms a close, lasting friendship with another girl; she never talks to a boy unless to rebuke him for being sexist.

Like, one really wonders if American Girl exists solely to push a benevolent lesbian agenda on the youth of America. At one point in the mid-2000s, they were actually manufacturing and aggressively marketing Best Friend dolls for a few characters. Rare is the capitalist ploy that also dismantles heteronormativity, but by God, American Girl pulled it off. 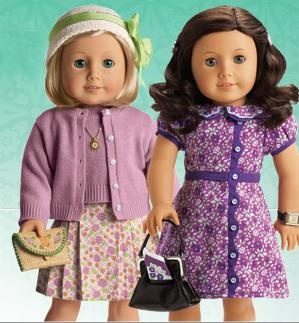 So while every American Girl was gay, the gayest and butchest of all was Kit Kittredge. Kit’s a nickname; her full name is Margaret Mildred Kittredge, but she finds that just as stuffy as the frilly pink decor her mother’s chosen for her bedroom. By the end of the first book, she’s moved out of said bedroom and into the attic, where she sets up her typewriter and tacks up newspaper clippings of her favourite baseball players. In the Christmas book, she has a fight with her best friend Ruthie. They reconcile after Kit writes a book for Ruthie, in which Ruthie appears as a glamorous film star princess and Kit appears as Amelia Earhart, and they fly in a little plane together. I genuinely have yet to see a better butch/femme relationship in any form of media. 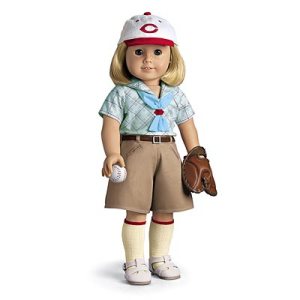 The coup de grace, of course, is Kit Saves the Day, which sees Kit pulling an iconic transmasc stunt and dressing as a boy to ride the rails with her new hobo friend, Will. They’re caught and thrown in jail; when Kit’s bob falls out of the cap she was using to boy-ify her appearance, she’s carted off to the girl side of the prison. There, she fakes period cramps, escapes out the bathroom window, and walks across a rail bridge – nearly getting run down by a goddamned train – in order to return home and get her parents to bail Will out. The little outfit up top is the doll approximation of the disguise Kit wears in the story. Definitely the most butch ensemble available in the American Girl catalogue, although the limited-edition baseball uniform they made for her (see right) sure comes close. I grew up to be a non-binary lesbian leftist journalist, and it’s like, all Kit’s fault. Kit, you legend. 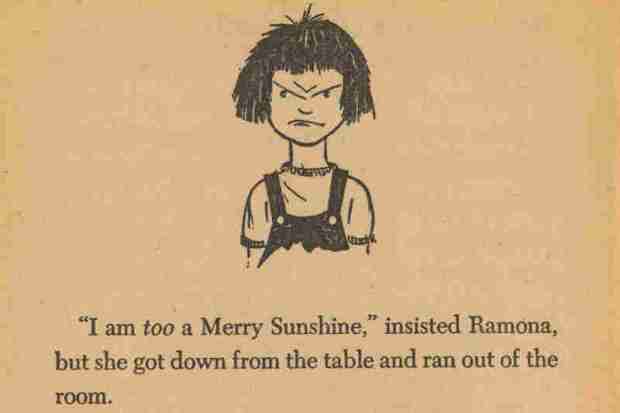 Ramona is the quintessential plucky tomboy heroine who rolls about in dirt. Among the gayest things she does: receiving a doll and naming it Chevrolet; hopping in puddles on a rainy day and getting her boots stuck in the mud; drawing the Q in her name as a cat with whiskers.

Oh, man, and then there’s the whole thing where she gets really, really fixated on her classmate Susan, and on Susan’s perfect, curly, springy blonde hair, and she proceeds to devote a patently insane amount of time and energy to pulling on this girl’s curls and making them go boing. As per this summary of the first Ramona novel:

There is a girl named Susan who has beautiful curly hair that Ramona longs to pull… when she is caught pulling Susan’s hair again she is told that she should stay home until she can quit pulling hair. Indignant, Ramona throws a big fuss, and kicks the wall with her heels, and ends up staying home from school until she can calm down.

You can literally sense Disney pulling back from the brink throughout this movie. Because, like, being a Disney movie, Mulan needs to end up with a studly love interest, but the nature of the story necessitates that at least some of that love story needs to develop while Mulan is disguised as a warrior dude. So Li-Shang literally just thinks he’s gay for a hot minute, before Mulan’s hair magically re-grows and she hops into that tasteful teal dress at the end.

But yeah, this movie gave us everything. The O.G. cutting-hair-with-sword shot. The part where she sings, “When will my reflection show who I am inside?” with half her face bare and the other Sephora’d into oblivion. And this groundbreaking gay transmasc romance. 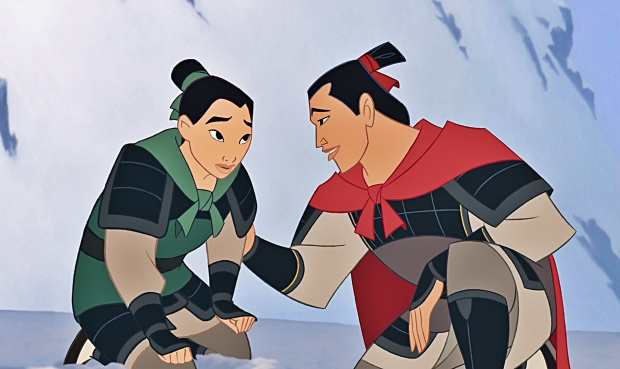 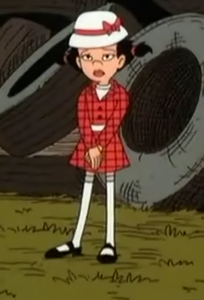 God, remember that one episode where Randall leaks that her name is actually Ashley Spinelli and the Ashleys try to recruit her into their hyperfeminine girl cult and force her to wear a cloche?

And she’s like, “Uh, I think the fuck not,” and goes back to her beanie and leather jacket? And she swears on her mother’s grave to beat into oblivion any individual who refers to her as Ashley from that point on?

I mean, it’s just not subtle.

5. Leslie from Bridge to Terabithia

In true lesbian fashion, she dies halfway through.

Exudes butch vibes, fights for racial justice and disability rights, and spends all her time hanging out with a Truman Capote avatar in a true show of butch/transmasc and femme gay solidarity. Scout Finch is the pinnacle, the rich source of life and vitality from which all other plucky tomboy heroines flow. 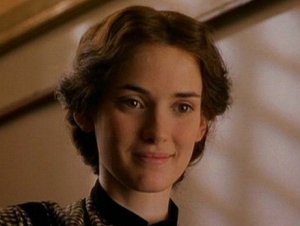 Adam already has us covered here, in terms of ranking the various film portrayals of Jo according to butchness. There is, of course, the really depressing matter of Louisa May Alcott being forced to marry her butch self-insert protagonist off to a sixty-year-old man, but let us not speak of it.

Instead, have this quote from Alcott:

I am more than half-persuaded that I am a man’s soul put by some freak of nature into a woman’s body … because I have fallen in love with so many pretty girls and never once the least bit with any man.

The Legend of Korra deserves props and then some for not only giving its almighty protagonist a character development haircut, but ending the series with her walking into the ether hand-in-hand with her girlfriend. Like, in canon, explicitly romantic, no no-homo-ing. You can take this butch all the way to the bank, and drink the salty, delicious tears of bitter Makorra shippers while doing so.

9. Kel from Protector of the Small

To be honest, I barely remember the plot of these books, except that young Kel progresses through round after round of brutal training to finally become A Lady Knight. But while I can’t recall plot specifics, I absolutely remember the impact that this series made on me: blockbuster books about a young girl who, in total defiance of the ongoing reign of Disney princesses, wore her hair short and bound her chest and learned to use a sword. And there was none of the unappealing aggression of the boy heroes I’d gravitated toward. She wasn’t in this for glory; she was strengthening herself to help those who couldn’t help themselves. A true landmark, a total icon, and #HairGoals.