Greetings to all ladies, gentlemen, and distinguished non-binary guests. My name is Paris Geller, and I’m a sophomore student at Yale University, double majoring in political science and biochemistry. I’m writing this rather frivolous guest post for this pitiful online publication because I’m angling to become the youngest-ever editor-in-chief of the Yale Daily News and, well, when one has managed to antagonize every features editor at the New York Times, the Wall Street Journal, USA Today, the Los Angeles Times, the Chicago Tribune, the Washington Post, and, murder me, the New Yorker, one takes what limited exposure one can get.

Although I pitched a feature-length analysis of the geopolitical impact of Lebanese consociationalism given ongoing instability in the Persian Gulf region, this website’s editorial staff suggested that I “keep things light” and compose a contribution to the recurring feature What’s On My iPod. So here I am, folks. Here I am. My parents are forking out $45,800 a year to fund my education and the best I can do is secure a gig writing about the smattering of mp3s on an electronic device I barely use. God help me.

Without further ado, here is What’s On My iPod.

I Am the Very Model of a Modern Major-General – Kevin Kline, Central Park Delacorte Theater’s 1981 Production of The Pirates of Penzance

Before their prolonged and highly publicized divorce tore our family apart, my parents often took me to see plays and musicals in an effort to instil within me a love for the theatre. This, of course, failed spectacularly – it is truly galling to witness the preferred medium of Shakespeare defiled by commercialist balderdash like Grease, Les Liaisons Dangereuses, A Streetcar Named Desire, etc.

However, I have to admit that this little ditty from the otherwise unremarkable Pirates of Penzance has remained with me through the years. It struck me, at the tender age of seven, as remarkable not only for its extreme degree of difficulty, but also because it presented an educational challenge. I was at the top of my third-grade class, sporting a 155 on the Stanford-Binet IQ scale, and yet I could not purport to know the kings of England, nor to quote fights historical from Marathon to Waterloo in order categorical.

I immediately resolved to learn each factoid and theorem discussed within the lyrics of this song, only to discover that a number of its lyrics are counterfactual or just plain inaccurate. It was a great disappointment. Regardless, I’ve kept this song on my iPod because reciting it is an invaluable exercise for trying to maintain one’s words-per-minute count before speech and debate competitions.

I was once forced to attend a birthday party as a child, during which I was subjected to a screening of the rather turgid children’s entertainment Shrek. I certainly can’t claim to have enjoyed the film, but the song that scores its opening spoke deeply to me in a way that very little music has since.

In case you are unfamiliar with “All Star,” it is a 3:21 minute alternative rock/power pop song composed in the key of F-sharp major with a tempo of 104 beats per minute. In its chorus, the singer refers to the listener alternately as “an all star” and “a rock star,” mixing metaphors related to athletics and the performing arts and encouraging the listener to “get [their] game on, go play” and “get the show on, get paid.” The chorus closes with a direct spurning of J.R.R. Tolkien’s platitudinous “all that is gold does not glitter” tripe, and advises listeners that “only shooting stars break the mold.”

It is a joyous and life-affirming message and, indeed, a mantra that has remained with me and comforted me as I’ve endured years of pointed social ostracization at the hands of my less intellectually gifted peers. Indeed, I listened to this song on a repetitive loop for 72 hours after receiving a rejection letter from Harvard, and the dulcet tones of Steve Harwell’s voice guided me through denial, anger, bargaining, depression, and, at last, to acceptance of Harvard’s deep inadequacy and collective myopia as an academic institution. It now serves as my alarm clock, awaking me every morning at 6:00 AM, much to the chagrin of my roommate and best friend, Rory Gilmore.

I generally agree with Piero Scaruffi that rock music has not progressed to the point of serious art in the manner of, say, jazz, and that the majority of rock listeners and critics maintain a startling ignorance of the greatest contributions to the genre and privilege commercial success over technical mastery or creative innovation.

The song “Jessie’s Girl” by highly gifted Australian baritenor Rick Springfield is one such exception to this rule, an elegy of startling profundity, an expression of pathos that would not be out of place in the greatest of Shakespeare’s tragedies. Here our narrator pines for the romantic partner of a young man named Jessie, knowing that he can never be with this young woman and engaging in soul-destroying acts of self-denial and concealment in order to preserve the social order.

I certainly can’t relate to the subject matter of this song, but it is, undeniably, moving.

The Laws Have Changed – The New Pornographers

Earlier this year, I embarked on a trip to Florida to partake in spring break festivities with my aforementioned roommate and best friend, Rory Gilmore. A couple of years into our excursion we happened upon a hip nightclub which catered to a young clientele and we stopped in to enjoy a dance or two.

At one point during the evening, the disc jockey began to play this song, and I kissed Rory on the mouth as a joke! It was hilarious! Rory became uncomfortable and chose to cut the evening short to give her boyfriend Jess a call at a nearby pay phone, at which point I retired to our hotel room, took out my laptop, and purchased this song on the iTunes store for ninety-nine cents. I listen to it constantly! Sometimes I cry while doing so!

Well, readers, these four songs represent the entire contents of my iPod. Thank you for reading, and if you are an editorial or journalistic professional of any import, please contact me at paris@geller.com so that I can accrue a more dignified writing portfolio. 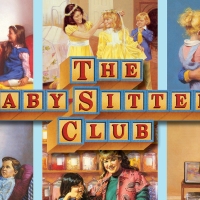 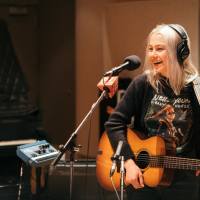