Though the Drag Race will crown its Season 12 champion in a Zoomed finale tomorrow night, the real winner, in my heart, will be Jackie Cox. The self-professed Persian Princess of Drag, Cox didn’t just bring fabulous looks to the runway every week and assassinate her lip sync competition — she unapologetically, thoughtfully brought her culture to the forefront and re-defined what’s possible for Middle Eastern queer people. I am man enough to admit that I wept real tears when she lipsynced to Katy Perry’s “Firework” in her American flag hijab. It was a total privilege to chat with Cox ahead of the finale, and to learn more about how she plans to take over the world post-Drag Race.

First off, let’s talk about the hijabi stars and stripes look. You were able to speak about your inspiration a bit on the runway, but I’d love to know more about how you devised this concept and what you were seeking to say.

When we were given the runway prompt of “stars & stripes,” I knew this would be an opportunity to speak to so many Middle Eastern and Muslim people in this country who feel underrepresented in the media – and specifically to comment that despite the policies of the current president, Muslim and Middle Eastern people have as much a right to be here as anyone else. I landed on the concept with my designer, Travis Oestreich, fairly quickly, as I’ve been a huge fan of his beautiful gender-neutral caftan designs. We wanted something that was simple yet had beautiful movement with the pleated chiffon panels, and had a little bit of drag magic with the sequin stars and trim.

My mom first moved to the US before Canada on a student visa, and then subsequently to Canada. She was lucky that in her field of medical research, she was able to get visas. I spent most of my childhood moving around the United States following along as my mom got research grants, but we would always find a Persian community wherever we were. My father’s family is of white European descent and they were the family that is based in British Columbia where I used to visit in the summer. As my parents divorced when I was very young, my upbringing was always bouncing between these two very different worlds.

What would you say are the most pressing issues currently affecting Middle Eastern LGBT people? Is there anything Drag Race fans worldwide can do to support people who are struggling?

I think one of the biggest issues facing us is that most people don’t really understand the greater Middle Eastern diaspora beyond the general western media portrayal of Middle Eastern folks. The most important thing we can do is to continue to share our stories and let people know we exist. And for those who are struggling, remember to find your chosen family and your support system. Resources like Rainbow Railroad are amazing for that!

One of the things I’ve loved most about your time on Drag Race is that you demonstrate that “representation” can be fun and light-hearted, too. How on Earth did you get the idea for Magic Carpet Merkins? Did you plan that out in advance? How did you make the little merkin prop?

I had come up with the concept prior to going on the show, and the props team at RPDR was able to help all of us bring our visions to life! It was just too easy for me to play with the idea of merkins and carpets!

Are there any movies or TV shows or books that you think are pushing LGBT representation forward in a really interesting way? Any you’d like to recommend to Drag Race fans?

EVERY Drag Race fan needs to first see “Paris is Burning” to understand where so much of drag culture, and specifically the drag culture on RuPaul’s Drag Race, comes from! In terms of pushing LGBT representation today, I’m just so glad that so many LGBT actors have been cast and celebrated in FX’s “Pose.” It’s incredible for a primetime American scripted show to really practice the representation we all seek.

How would you like to see drag change in the future? Where do you see yourself in making that change?

I hope drag continues to expand its horizons, to show how each and every human can celebrate themselves with drag regardless of their background, gender, or sexuality. I will continue to support and fight for inclusion in drag. Like any, and EVERY art-form, drag is for everyone!

One thought on “Stars, Stripes, and “Salaam, RuPaul Joon!”: A Niche Interview with Jackie Cox” 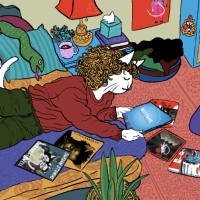