Twin Peaks and Hamlet are two of my favorite stories. They have a lot in common: both are murder mysteries with far too many characters and subplots; both deal with themes of corruption, mortality, domestic violence, and the terrifying unknowability of nature and of the life to come; both prominently feature the troublingly fetishized body of a drowned girl, as well as two guys getting into a fight at her funeral over who loved her more; both depict young people struggling to figure out right and wrong in the absence of good parental guidance; both feature ghosts, doppelgängers, spooky poetry, threatening letters, comic relief characters who are more disturbing than funny, and messages transmitted from another world. I’ve spent a lot of time over the years debating which characters from each text most closely correspond, and I’ve decided to settle the question once and for all. Here is the definitive, authoritative guide to which characters from Twin Peaks are which characters in Hamlet. 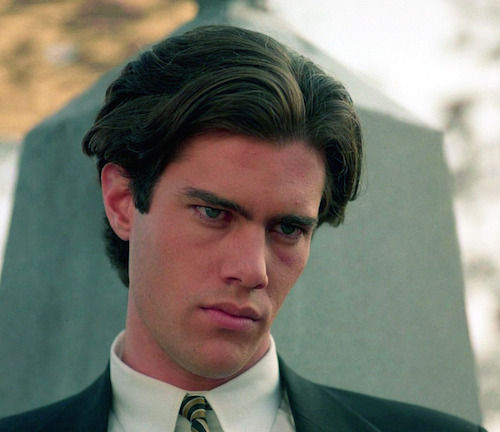 How came he dead? I’ll not be juggled with:
To hell, allegiance! vows, to the blackest devil!
Let come what comes; only I’ll be revenged
Most thoroughly for my father.

Madam, I swear I use no art at all.
That he is mad, ’tis true: ’tis true ’tis pity;
And pity ’tis ’tis true: a foolish figure;
But farewell it, for I will use no art.
Mad let us grant him, then: and now remains
That we find out the cause of this effect,
Or rather say, the cause of this defect,
For this effect defective comes by cause:
Thus it remains, and the remainder thus. Perpend.

But break, my heart; for I must hold my tongue. 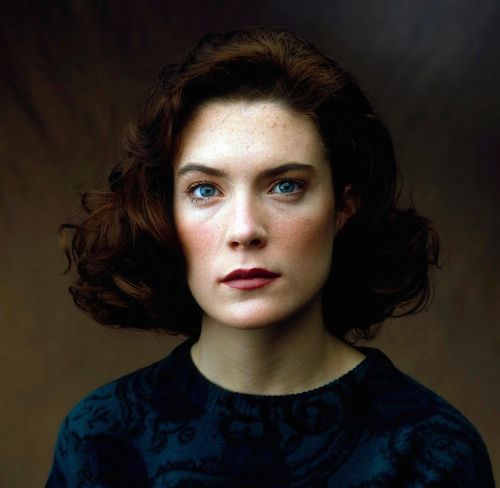 Andy Brennan and Lucy Moran are Rosencrantz and Guildenstern, respectively.

-My lord, you once did love me.
-Good my lord, put your discourse into some frame and start not so wildly from my affair.

Ed Hurley is The Ghost of King Hamlet.

But know, thou noble youth,
The serpent that did sting thy father’s life
Now wears his crown.

My words fly up, my thoughts remain below:
Words without thoughts never to heaven go.

O, this is counter, you false Danish dogs!

Sweet lord, if your lordship were at leisure, I should impart a thing to you from his majesty. 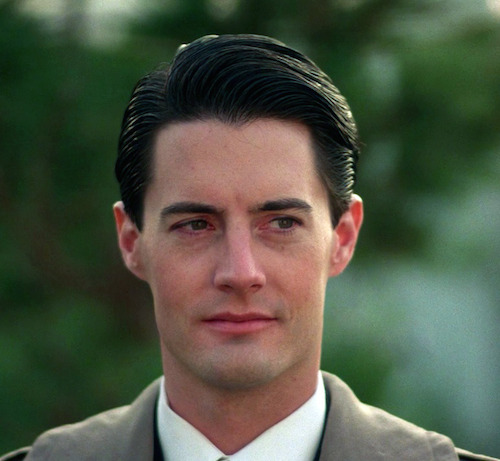 But if the gods themselves did see her then
When she saw Pyrrhus make malicious sport
In mincing with his sword her husband’s limbs,
The instant burst of clamour that she made,
Unless things mortal move them not at all,
Would have made milch the burning eyes of heaven,
And passion in the gods.

O, confound the rest!
Such love must needs be treason in my breast:
In second husband let me be accurst!
None wed the second but who kill’d the first. 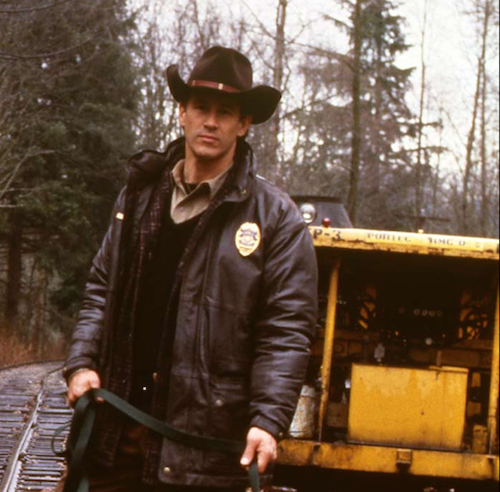 I’ faith, if he be not rotten before he die–as we have many pocky corses now-a-days, that will scarce hold the laying in–he will last you some eight year or nine year.

For me, with sorrow I embrace my fortune.

and Margaret Lanterman, AKA “The Log Lady,” is Marcellus. 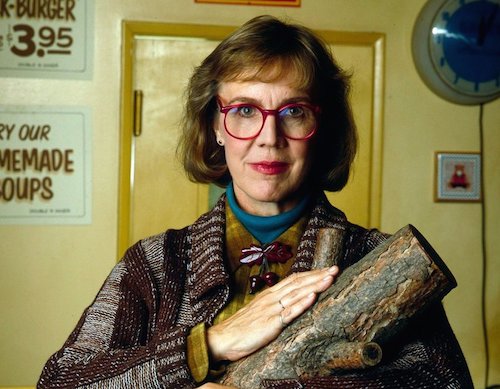 Something is rotten in the state of Denmark.

*Note: In the interest of limiting the scope of this article, I have tried to avoid editorializing as much as possible. However, I do want to clarify that, although Hamlet and Horatio are in love, and although Donna and James date in Twin Peaks, in the Hamlet/Twin Peaks crossover universe, Donna-Horatio and James-Hamlet are in no way romantically involved. The “sweet prince” to whom Donna is referring is, of course, Laura.

6 thoughts on “Twin Peaks Characters as the Cast of Hamlet: A Listicle”