In the wake of the horrifying leak of a memo revealing that the U.S. Federal Government plans to re-interpret Title IX of the 1964 Civil Rights Act to explicitly prevent trans people from being able to sue their schools and healthcare providers for discrimination, not to mention the appointment of anti-gay lawyer Eric Dreiband to lead the Department of Justice’s Civil Rights Division and the removal of the word ‘gender’ from the Department of Health’s civil rights page, a lot of people have been making posts on social media.

One of the themes that has emerged in these posts is the idea of erasure, that what the Federal Government is trying to do is “erase” or “deny the existence” of trans people, which is bad because it hurts our feelings. In fact, the opposite is happening: trans people are hyper-visible, which is why denying us our civil rights is a politically expedient move. If we were invisible, we wouldn’t be getting publicly attacked by the government. Furthermore, publications like The Guardian and the New York Times have a lot of nerve to be claiming to support trans rights when they’ve spent the past 5 years publishing transphobic opinion pieces in order to sell clicks. But none of that is what I want to talk about. What I want to talk about is the 1984 horror-kitsch musical comedy Little Shop of Horrors, and its 1986 film adaptation of the same name.

Given the assault on my civil rights, I don’t really have the energy right now to explain why this iconic dark musical comedy has all of the queer, anti-capitalist political muscle that your lame Facebook posts about “respecting my identity” lack. Fortunately, the brilliant writers Casey Plett and Morgan M. Page** has already written that article. So here it is. Read it, or you’re transphobic.

**You can follow Morgan on Twitter @morganmpage and Casey @caseyplett. I also recommend checking out Morgan’s podcast of trans history, One From The Vaults.

UPDATE: The brilliant Grace Lavery also thinks you should read the essay, and has written a piece on it as a model of what trans-affirmative literary criticism might look like, which you can read here.

One thought on “If All You Cisgenders Are So Concerned About the “Erasure” of My “Identity,” Then Why Don’t You Go Ahead and Read This Fucking Essay About Little Shop of Horrors” 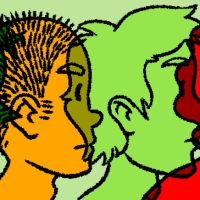