As we all know, Pierre Bezukhov, the character from Leo Tolstoy’s War and Peace, is gay. Great Comet, Dave Malloy’s musical adaptation of part of the novel, hints at this fact, but not, in my opinion, quite enough. Here are the slight lyrical changes and production choices that I always make in my head when I listen to the cast recording that highlight Pierre’s love for his best friend Andrey.

First, I would make Natasha’s aria “No One Else,” into a partial duet (a la Judas’ reprise of “I Don’t Know How to Love Him”), like so:

In “Letters,” I would add the following, bolded lines:

Dear Andrey
Dear old friend
How goes the war?
Do we march on the French splendidly?
Do our cannons crack and cry?
Do our bullets whistle and sing?
Does the air reek with smoke?

Dolokhov is recovering
He will be all right, the good man
And Natasha is in town
Your bride to be, so full of life and mischief
I should visit
I hear she is more beautiful than ever
How I envy you and your happiness

After “Pierre & Andrey,” I would give Pierre a reprise of these lines from “No One Else:”

ANDREY
Here are her letters
Please give them to the Countess

PIERRE
You told me once
A fallen woman should be forgiven

ANDREY
But I didn’t say that I could forgive
I can’t
Yes, ask her hand again
Be magnanimous, and so on
Yes, that would be very noble
But I can’t be that man
If you wish to be my friend
Never speak of that again
Well, goodbye
(Exit Andrey)

PIERRE
And your childlike eyes
And your distant smile

These lines would be sung slower than in the original song, and then the cello would sort of slip and create a harsh dissonant sound and the music would cut out. Then Pierre would stand in silence for a moment before he noticed Natasha, at which point there would be a light shift and he would go into “Natasha was standing / In the middle of the drawing room,” etc.

“Pierre & Natasha” would be exactly the same except that instead of saying “If were not myself / But the brightest, handsomest / Best man on earth / And if I were free” he would say “and if I were–well.”

4 thoughts on “Lyrical Changes I Would Make to Natasha, Pierre and the Great Comet of 1812 to Make the Fact That Pierre Is in Love With Andrey More Explicit” 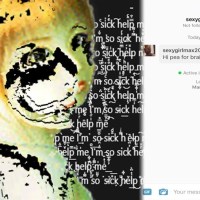