Friends, homos, countrymen, it is my pleasure to announce that, as of 5:41 PM Eastern Standard Time, The Niche has garnered one million hits. What began as a website for five people has blossomed into something much grander. Friendships have been forged. Graduate degrees have been completed. Romances have bloomed. Hearts have been broken. Pants have been peed. Gay teenagers around the world have begun to class themselves as Absolute Nightmares and Sweaterboys.

And, perhaps most important of all, Robert Sean Leonard has become the Pope.

When we launched this website in late February of 2017, as a joke, we did not anticipate any of this. We could not have foreseen the wild hijinks that were to come, nor how these hijinks would permanently alter the course of our lives. For the winding stream of adventure that has transpired over the past twenty-ish months, we have you to thank, dear readers. You and your inexplicable love of gay American Girl dolls and gay mice and gay Gilmore Girls. You’re the greatest. We love you.

Finally, on just a slightly more serious note: in the not-even-four years since I first started publishing my work online, the entire ecosystem for entry-level freelance writers has utterly collapsed. I owe so much to the editors who took a chance on my dumb ass back when I was a 21-year-old with nary a clip and no professional experience. But if I were just starting out today, I don’t know where I’d go. I don’t know how I’d begin to build a career. In recent years, we’ve mourned the passing of many an iconic website — shout-out, especially, to The Toast, to Daniel Ortberg, and to Nicole Cliffe, to whom we are forever indebted — and we’ve seen online publishing skew, increasingly, toward older, more experienced writers, writers who possess stuff like “money” and “connections.” Here at The Niche, we think that sucks ass.

And so we are trying, in our own small way, five people or one million people at a time, to bring a smidge of that culture back. To give new writers a chance to flex. To shine a flashlight of love into the bleak caverns of tomorrow. To publish silly bullshit for the sake of publishing silly bullshit, because the world is on fire and the skies are turning grey and we all deserve some gay nonsense to get us through the murk.

To our readers, and our contributors, and all of our friends: we love you, and we’re so grateful you helped us turn this website for five people into a website for a million people. Thank you for believing in our nest. Have a wonderful day.

P.S. If you’re new here, you may want to check out some of our all-time greatest hits:

8 thoughts on “The Niche: A Website for A Million People” 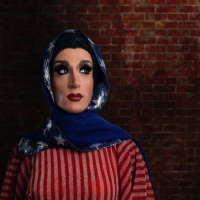